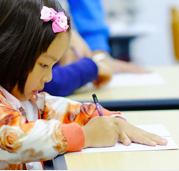 ARTICLE - A part-time timetable and a case of discrimination; a lesson for educational settings

It is not uncommon for schools and local authorities to place children with Education, Health and Care (EHC) Plans on part-time timetables. Sometimes this is done to support a transition period or alternatively, to avoid a child being excluded. The question which must be considered though is whether this type of arrangement is discriminatory?

In F-T v The Governors of Hampton Dene Primary School (SEN) (Disability discrimination in schools: All) [2016] UKUT 468 (AAC) (18 October 2016) the Upper Tier was asked to consider whether a child subject to a part-time timetable was subject to discriminatory treatment under the Equality Act 2010.

S had a Statement of Special Educational Needs and her parents had expressed a preference for her to attend Hampton Dene Primary School. The school advised the Local Authority that they were not suitable because of S’s aggression and severity of needs. Following pressure from the Local Authority, the school relented and admitted S, initially on a part-time basis. No provision was made for S to receive education when she was not attending school.

The law is relatively straightforward and can be summarised as follows:

The School needed to show that S’s treatment was a “proportionate means of achieving a legitimate aim”.

The Upper Tier found that S was treated unfavourably because of something arising in consequence of her disability. So the School needed to show that S’s treatment – denial of full-time schooling and thereby full-time education – was a proportionate means of achieving a legitimate aim.

The School were not able to justify their actions. However, had the School’s treatment been associated with a home-education plan for S, the judge indicated that a finding of discrimination would have been unlikely. In this instance, S was denied a full-time education for some seven months. For any child, but especially a relatively young child, that is a significant educational deficit.

Since S had a statement of special educational needs, the School was required to admit her. Once S became a registered pupil, the School was required by section 317(1)(a) of the 1996 Act to “use their best endeavours, in exercising their functions in relation to the school, to secure that… the special educational provision which [her] learning difficulty calls for is made”.  S’s learning difficulty called for the full-time education specified in Part 3 of her statement of SEN.

What does this mean?

Children and Young People have a right to receive suitable full time education. If for some reason a child or young person cannot access school, then Headteachers must ensure that arrangements are in place to protect their fulltime entitlement. This may require them to provide education at home. Where the child has a Statement or EHC Plan, the school should insist that education is provided otherwise than at school by the Local Authority to address any deficit in provision.

If you are a Headteacher or Governor and are facing a similar challenge please contact us on 01908 889 083 or via email onecall@legal4schools.co.uk. You can also visit our website - www.legal4schools.co.uk for details of the services we offer.